College of Pharmacy and Science

College of Humanities and Applied Information

College of Recreation and Health Management

Affiliated with College of Humanities and Applied Information

Being the only educational organization in Taiwan devoted to the study of Confucianism, our institute was founded upon the goal of preparing specialists in Confucian culture for today’s world. Working with the southwestern Taiwan promotion center of the Confucius-Mencius Society of the Republic of China, our Confucianism Research and Promotion Center plays a key role in advancing research in Confucianism in the South. We also plan to cooperate with Confucianism-related institutions such as Confucius temples and societies of literature and history to formulate Confucian perspectives on modern manners and etiquette. It is hoped that Confucianism will gradually become appreciated and practiced in modern society, through such varied avenues as leisure and entertainment, tourism, movies, digital games, and publishing.

We offer courses in the following subject areas: 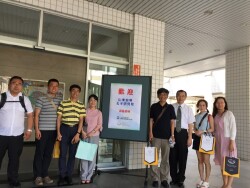 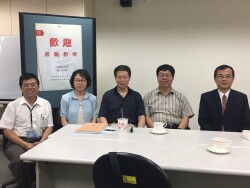 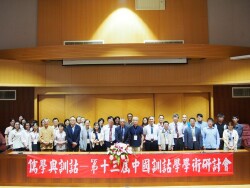 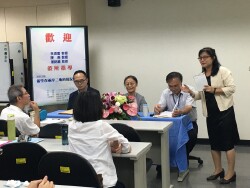 2017 Forum on “The Current Situation and Development of Confucianism at Cross-Strait”. Back row from left to right were Professor Ming-Ji, Pan from Chinese University of Hong Kong, Professor Yan,Chen from Tianjin Normal University and Professor Tian-Fu,Li from Fu Jen Catholic University. 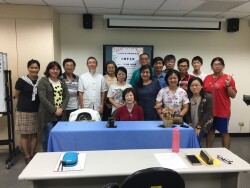 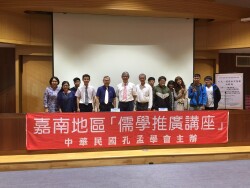 2017 Professor Kuan-Han,Lee of The College of Pharmacy and Science gave a speech about “The Dialogue of Humanities, Confucianism and Traditional Chinese Medicine”. 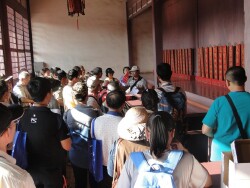 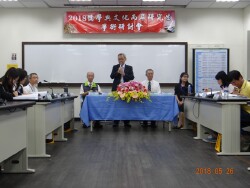 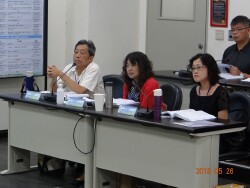 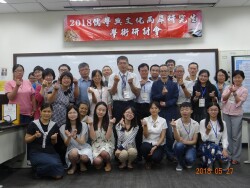 Researcher and Deputy Director Da- Xing, Zhou from Institute of Chinese Literature and Philosophy, Academia Sinica , gave a speech about "Lie Zi and Taoist", in 2018 Confucianism Research and Extension Lecture 2.

2018 the 5th Wind and Dance Confucianism Art Week Opening and the first event.

Mr. Guan-Hua, Huang (the Standing person) commented the fine coffee and brewed skills on the spot, in "Coffee: The Blending of the Benevolent and the Wise Men", 2018 the 5th Wind and Dance Confucianism Art Week the first event. 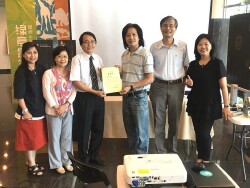 At that time, Vice President Hong-Zhu, Chen (right fourth, current principal) gave a Thanks for the certificate to the craft artist Jian-An , Su (third from right), in 2018 the 5th Wind and Dance Confucianism Art Week the second event. 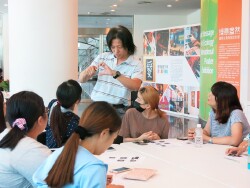 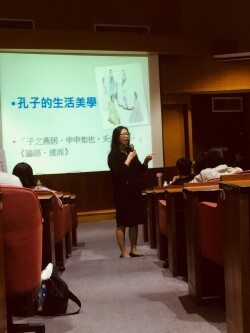 Assistant Professor Su-Zu ,Wei from General Education Center, Chien Hsin University of Science and Technology, gave a speech about " His manner was easy, and he looked peaceful and happy: Talking about Confucius' Life Aesthetics ", in 2018 the 5th Wind and Dance Confucianism Art Week the third event.